At the age of 24, self-taught artist, Edgar Chipix, had a dream that revealed to him a way of painting in a surrealist style. Immediately, he began to create unusual paintings that captivated a new audience

Edgar was born in a humble village near Antigua, Guatemala called Santiago Zamora which is part of San Antonio Aguas Calientes. His talent and love of art was noticed and encouraged by his family since the age of four and a decision was made to support Edgar as an artist.

In the beginning Edgar drew with pencil and crayons. When he began to study in school at the age of 7, foreign visitors took notice of his talent and dedication to art and they encouraged him to continue. The visitors often gave him sets of oil paints and brushes with small canvases and he began to experiment with oils.

The artist’s father, Julian Chipix Lopez, helped his son cultivate the capacity to think, to dream, and to create without conventional limits. But it was Edgar, himself, that developed his style and designs through many hours in his studio and with the help of his dreams.

The quality and professionalism of Edgar Chipix paintings are appreciated both regionally and internationally.  His works can be found in private collections in Guatemala, the US, Spain, Holland, Australia, Canada, Switzerland. 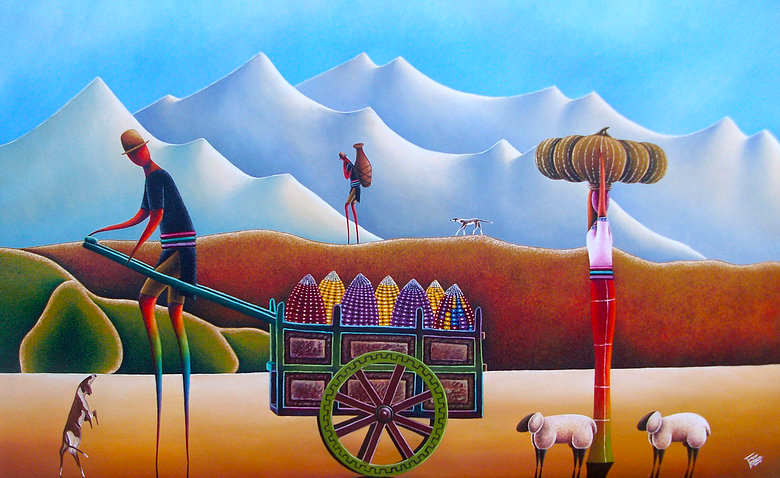